Posted on August 15, 2019 by lynnsreversegapyear 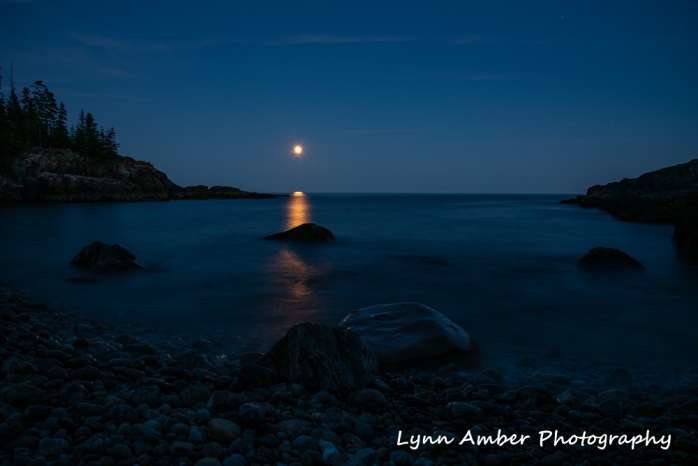 I got a second chance to shoot the moonrise at Little Hunters Beach tonight.  Arriving just before moonrise, I calculated where the moon would appear using my compass cell phone application.  I moved around the cove several times taking shots from different angles and I think this one was my best effort.

I would have preferred that the tide was coming in a bit stronger since it would have given me some nice slow shutter speed water effects in the foreground.  But, alas, it was not to be.  The effect is somewhat “dreamy” and I’m satisfied.  🙂