Posted on April 3, 2020 by lynnsreversegapyear 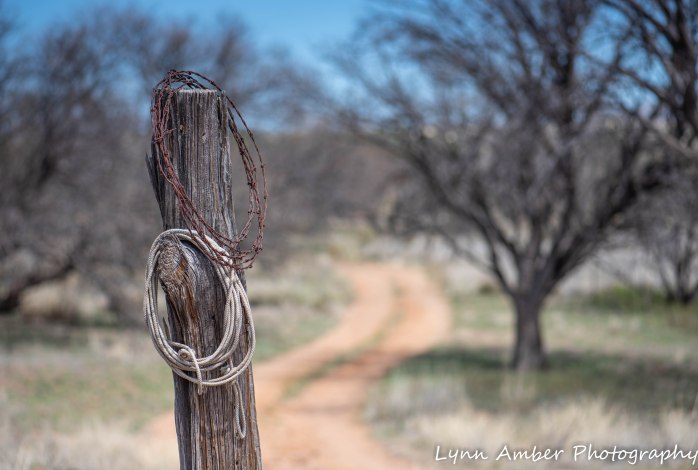 Back to a ranch land photograph today!  This morning, we retraced our bike ride from several days ago -getting an earlier start since the winds were supposed to kick up during the afternoon hours.  We had a very good reason for riding the same route.  A couple of days ago, Jim reached into his pants pocket to extract his Swiss Army Knife so he could slice up a naval orange.  (We’ve been eating an orange a day – believing this will pump us up with Vitamin C and ward of evil viruses!)  It was not in his pocket where it normally resides.  Now, a man and his Swiss Army Knife are seldom separated so you can imagine the trauma he was feeling.

We deduced that the last time he used the knife was when we took the bike ride down to Cienega Creek.  We had stopped for lunch at one of the cattle watering ponds and he thinks he may have left it sitting on the back of my bike on the rack where he had cut up the orange.  I just knew this was somehow going to be my fault!!  He thinks I rode off and knocked the knife off into the grass.  (I know for a fact that there was no knife on my bike rack when I mounted and started to ride because I had glanced at the rack and noticed all the orange juice that I would have to wipe off later – but if it made him feel better……)  I suggested that it was a possibility.  🙂

So, today we went in search of a small red Swiss Army Knife amidst acres of grasslands.  He decided that it also could have slipped out of his pocket at some point when he was dismounting the bike along our trip.  On our way to the watering hole, we both scanned the dirt road looking for anything “red” that caught our eye.  Eventually, we rode down the hill to the pond and Jim went over to the tree where my bike had been leaning.  A picture says a thousand words!

Now that we had the knife, we could really enjoy the rest of the ride!!  We came across some horseback riders down by the creek watering their horses.  They were going through the conservation area taking down white ribbons that had been marking the route of a local trail ride that had occurred in mid-March.  They were having difficulty getting one of the horses to cross the creek, and while that rider was working with his horse, we chatted with one of the other women.  Turns out her husband is from the Chittenden,Vermont area and we got to talking about horses and maple-sugaring with her.  Apparently, her husband’s brother still lives and sugars in Vermont.  Small world!

Eventually, the other rider was able to coax his horse across the creek and they went on their way.  And, so did we 🙂 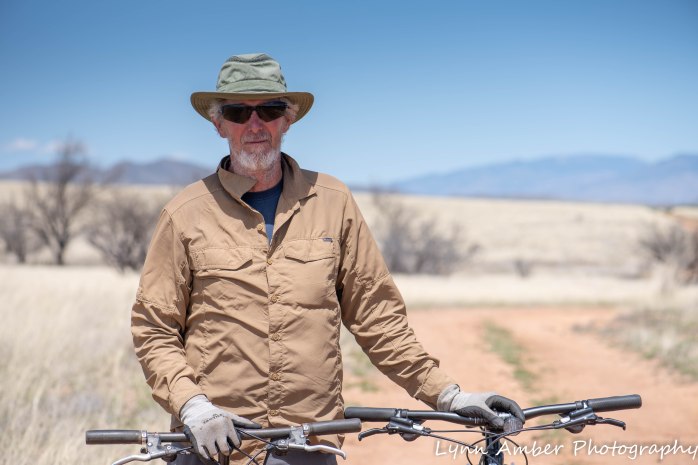 The wind did start blowing on our ride back – so we got a bit more of a work-out as we headed into the wind most of the way.  Another perfect day here in the Cienegas! 🙂