Back to the Tetons – 36 years later

Posted on May 10, 2017 by lynnsreversegapyear

A fellow traveler, Mike, who we met this past winter in Texas, added me to his email list so I could receive his periodic stories of his travels.  In one of his most recent email updates, he started his story as follows: “One of my favorite story tellers is Jean Sheppard of Christmas Story fame. Sometimes he’d fool us by starting a story on his WOR radio show about something interesting and slip, undetected, into something else. In the last minute of the show, he’d return to the story we’d lost track of.”   I’m borrowing this concept for my post today!  Stay awake!

Hard to believe our short time back home in Vermont is almost up.  We’ve spent the last two months here trying to get some much-needed work done towards finishing the detached garage/workshop, and doing some minor repairs to the Airstream.  We’ve been hit with two major snowstorms and more than enough rain.

Ya gotta love Spring in Vermont!  The weather has stymied our progress and caused us to revise our to-do list multiple times!  We’ve had to settle with getting less accomplished but we’re okay with that.  The work will be here waiting for us when we get back.

In just a couple of days, we will need to be on the road heading to our summer work-camping position in Grand Tetons National Park.  The last time I visited the Tetons was 36 years ago, just a few months after I met my *soon-to-be* soulmate.  And it was winter at that time.

I met my future husband in the Fall of 1980.  I had just been laid off from a seasonal position as a park ranger for the State of Pennsylvania.  At the end of the summer, I moved back home to Kennett Square to save some money and look for more permanent work.  Although I loved my work as a ranger, times were tough for funding in state and national parks in the early 80’s, and my chance for a full-time position was questionable.  All full-time park jobs were frozen at the time I was entering the job market.  Fresh out of college, I really needed more secure, full-time employment. So, I moved back home with Mom and developed a strategy.

My plan was simple.  With the help of my beloved godparent Uncle Roland, a short-order cook at the Birmingham Grille in West Chester, PA, I secured a temporary position as a waitress at this famed truck stop along the Route 202 corridor.

I was to work the 3-11pm shift, allowing me time during the morning to job search.  Conjure up your most hilarious image of a truck-stop diner “a la Alice and friends” (the 1970’s era TV show) – but even more dramatic –  and you might get an idea what my life was like for almost a year.  It was an experience of a lifetime and I’ve never regretted the time I spent there working with my uncle.  After all, two weeks after I started working, my life would change forever.

It was near the end of my shift that September night in 1980, and I was in the *back kitchen area* filling up the catsup bottles, sugar containers, etc  – helping to get the 11-7 shift set up with supplies.  I heard the outside door open, and headed out to the counter to see who had come in.  Sitting at my counter was a blond-haired, good-looking fella with real, old-fashioned suspenders, and, what we have affectionately dubbed “popeye” arms, extending from his worn T-shirt.  He had an innocent Amish look about him.  We made eye contact – and that was it for me.  I had heard the expression “love at first sight” and never really believed it possible – until that moment.  It was the same for him.

Jim taking a break from skiing back to Jenny Lake 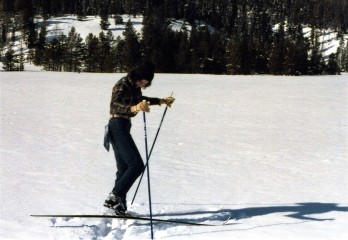 Lynn – getting skis on

He came back every night for a slice of pie and cup of coffee, and after a couple of weeks, finally got up the nerve to ask me out.  On our first date, Jim took me to a very nice, new and intimate restaurant called Pace One, located in a converted barn in the country-side south of West Chester.   He picked me up in his old 1960 stake-bed Dodge truck and I knew I had a real unique guy here!  I was smitten.  And, by the way, it was one of the best meals I’ve ever had – even to this day.

That was in the Fall of 1980.  A few short months later, just after the new year, we were both ready for a vacation and decided to go on our first (of many) road trips together.  We shared a love of cross-country skiing, and since Jim had spent some time during his footloose, vagabond days in Jackson, WY – we decided to head in that direction.  I had spent a couple of years in Boulder, CO during my college years so we planned a trip that would take us to the Tetons via Colorado.

When we got the chance to work in the Tetons this summer (through some folks we met while working at Amazon Camperforce last Fall), visions of that trip many years ago came back to me.  Jim loved the time he had spent in Jackson back in the 70’s and I was dying to see the Tetons in the summer.  It did not take us long to alter our plans and decide to accept this opportunity.

So, after two months here in Vermont catching up on house chores and visiting with family and friends, we are off on another adventure!  Can’t wait to get back on the road! 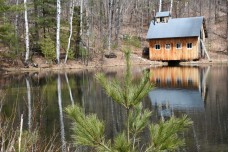 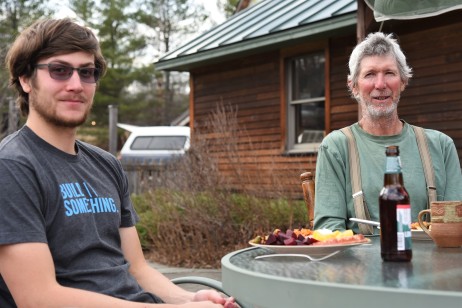 Spring Flowers in my Vermont Garden